Who Should Be Allowed to Seek Asylum in the U.S.?

This lesson invites students to examine the history of laws about people seeking asylum in the U.S. Students will consider who should be allowed to gain asylum today and how their cases should be treated.

Note to the teacher:

This lesson alternates between short chunks of information and discussion questions. Information may be shared aloud or as readings, as you prefer.

Show students the photograph in this tweet, taken by Kim Kyung-Hoon of Reuters on November 25, 2018: 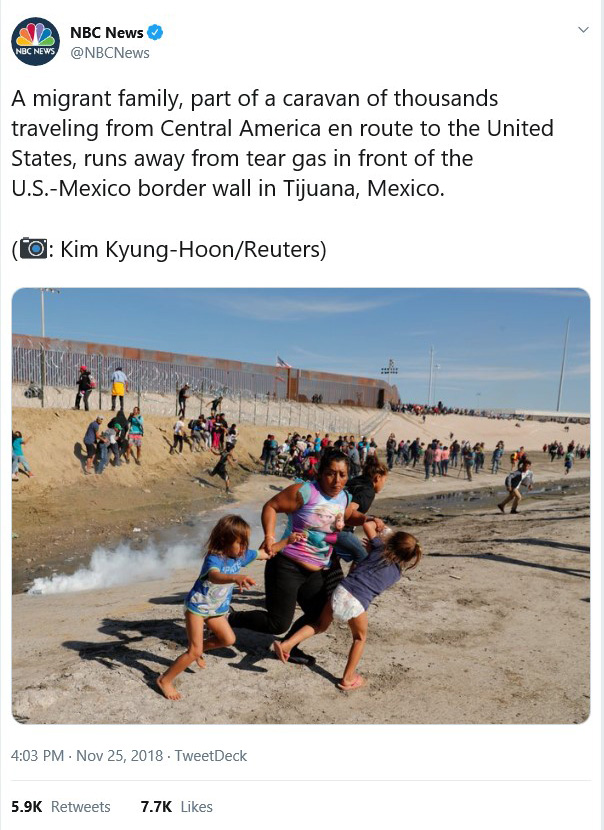 Share with students: On November 25, 2018, Central American migrants, including children, were tear gassed as they tried to enter the U.S. to seek asylum at the border between Tijuana and San Diego.

After students share their ideas, explain or confirm that “asylum” means safety and “seeking asylum” is a type of immigration where people go to another country when they cannot be safe in their home country.

Share with students:  Seeking asylum is currently legal in the U.S., but there are restrictions on what situations allow people to gain asylum and what they have to do to prove they are eligible. There is also debate over how to treat the increasing numbers of people seeking asylum at the southern border of the U.S.

Show students this photograph of the St. Louis, taken in June 1939, from the U.S. Holocaust Memorial Museum. 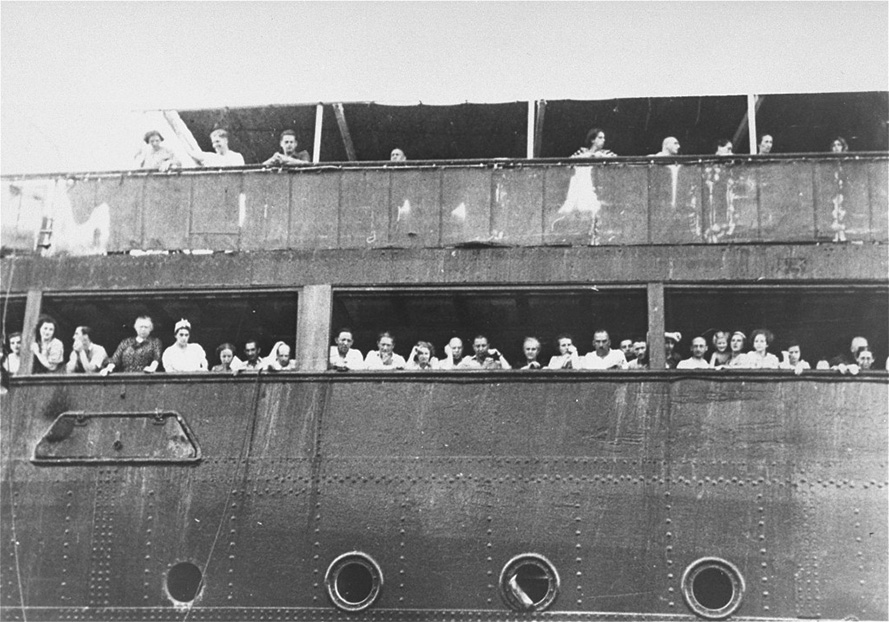 In 1939, as Nazism was rising in Germany, hundreds of German Jews tried to immigrate to the U.S. aboard this ship. However, because many other German Jews had also been fleeing Germany that year, the annual limit of German immigrants had already been filled. At this time, there were no laws about asylum in the U.S. People in danger did not qualify for any special immigration privileges.

As it turned out, the U.S. refused to let the passengers off the St. Louis, arguing that they had to wait their turn in line to enter the country in future years. The ship returned to Europe and some passengers were allowed to enter other countries, such as Great Britain, Belgium, and the Netherlands. But 254 Jewish people who had sailed on the St. Louis eventually died in the Holocaust.

After World War II ended, the U.S. and many other countries passed official laws about people seeking asylum. One law, first passed in 1952, says that we will grant asylum to people who have suffered persecution or are afraid of future persecution because of their race, religion, nationality, membership in a particular social group, or political opinion.

Who gets to seek asylum?

Under current law, anyone who asks for asylum in the U.S. must be interviewed to see if they qualify as someone who has been persecuted or is afraid of persecution because of their race, religion, nationality, membership in a particular social group, or political opinion.

In practice, who receives asylum often has a lot to do with U.S. politics. For example, when the U.S. was fighting communism in the 80’s during the Cold War, refugees from communist Cuba were treated very differently than refugees from Haiti, which was a military dictatorship and not communist. Both countries experienced political turmoil, both abused people with different political opinions, and in both countries large numbers of people tried to sail to Florida in tiny boats.

However, refugees from Cuba were given asylum and resident status very easily, while refugees from Haiti were stopped in the middle of the ocean and sent back to Haiti without even being interviewed for asylum. The general idea was that Cubans were seeking political asylum, while the Haitians were economic migrants, people immigrating only to improve their standard of living.

In recent years, courts have debated who qualifies to gain asylum in the U.S.

Consider the case of Rody Alvarado Peña, a Guatemalan woman who was abused by her husband for years. The husband dislocated her jaw, kicked her in the spine while she was pregnant, dragged her by the hair, and raped her. She tried to run away, but the Guatemalan police and courts returned her to her husband.

When Alvarado Peña came to the U.S. and asked for asylum in 1999, U.S. courts decided that although she was legitimately in danger in Guatemala, she did not qualify for asylum because she was not persecuted because of her “race, religion, nationality, membership in a particular social group, or political opinion.” Alvarado Peña kept appealing her case, and after many similar cases of people seeking asylum because of domestic violence or gang violence in their home countries, the official policy changed.

By 2014, U.S. courts had determined that Central Americans suffering domestic violence or gang violence were “members of a particular social group” who were qualified to seek asylum if their country did not protect them from these dangers. But then, in 2018, in an attempt to reduce the number of people seeking asylum, Attorney General Jeff Sessions advised immigration judges to reverse this policy and deny asylum to anyone claiming domestic violence or gang violence.

In recent years, the number of people seeking asylum in the U.S. has dramatically increased. In 2008, less than 5,000 people applied for asylum, completing an initial interview showing that they were in too much danger to return to their home country. By 2017, the number was nearly 80,000, most from Central America.

Experts and politicians suggest different explanations for this increase in asylum seekers. Some suggest that the increase is due to greater danger from drug cartel violence in Central America. The homicide rate in countries like El Salvador and Honduras has indeed increased over the past decade. Others suggest that the increase is due to the U.S. allowing new groups of people to seek asylum, especially victims of domestic and gang violence. As people hear that they may now qualify for asylum in the U.S., more and more may decide to come and apply.

Finally, another explanation, preferred by the Trump administration, is that most of these new asylum-seekers are lying about being in danger, and are only migrating for economic reasons, looking for a better standard of living.

In response to the increased numbers of Central American asylum-seekers, the Trump administration has proposed several new policies. One policy was to separate families who were seeking asylum, detaining parents and children in different facilities for months at a time. The ACLU (American Civil Liberties Union) filed lawsuits and many of these families seeking asylum were reunited.

Another policy said that anyone who crossed the border illegally (between official crossing points) could never apply for asylum, but a U.S. court determined that policy to be illegal. The policy is now under legal appeal.

Finally, a new policy has been proposed, called Remain in Mexico. Under this policy, Central Americans applying for asylum would no longer be allowed to enter and wait in the U.S. while their asylum case is processed. Instead, they would have to apply for asylum in Mexico and wait in Mexico until their application is processed, perhaps for years. This policy is just an idea at this point, and may not be legally permitted under U.S. asylum law.

Another new policy is called metering. Usually, anyone who comes to the border and asks for asylum is given the chance to receive an initial interview to see whether they might qualify to apply. However, under metering, only a few people a day are allowed to begin the process. The rest must wait in line at the border.

Ask students to write or share in a circle their responses to the following:

Students build empathy for refugees and immigrants by learning about the experiences of some of the families separated at the southern border of the U.S in 2018. Then, students hear a poem and write their own imaginative poems to convey their learning.

Our country is roiling over whether we welcome the refugees and immigrants who arrive at our door. The following activity may help open up discussion of this sensitive issue in your classroom. It invites students’ empathy and understanding by helping them to connect their own family's story to the experience of current immigrants and refugees.