The election of Raphael Warnock to be Georgia's first Black senator was the result of decades of organizing by voting rights activists. Students discuss that history and the news.

When Raphael Warnock won his U.S. Senate race on January 6, 2020, he became the first African American elected to represent Georgia in the United States Senate.

Since the passage of the 15th Amendment giving all African American men the right to vote and hold office, only 10 African Americans (eight men and two women) have been elected to the U.S. Senate. Had it not been for decade upon decade of continued voter suppression and white supremacist oppression, it’s likely those numbers would have been far different.

America has a long history of voter suppression— specifically, suppressing the votes of African American men and women. Voter suppression began during Reconstruction – the time period in the United States just after the official end of slavery and up until 1877. Section 1 of the 15th Amendment (one of three “Reconstruction Amendments”) ratified on February 3, 1870 states: “The right of citizens of the United States to vote shall not be denied or abridged by the United States, or by any State, on account of race, color, or previous condition of servitude.”

The 19th Amendment granted women the right to vote in 1920. But because of ruthless voter suppression tactics, it wasn’t until the Voting Rights Act of 1965 that African American women were able to exercise their right to vote.

Since Reconstruction, white Americans and white terrorist groups have threatened and killed African American men and women who attempted to vote or register Black voters for local, state, and national elections. Tunis Campbell, a Black state senator from Georgia who, in 1868, petitioned President Ulysses S. Grant to propose a constitutional amendment guaranteeing voting rights for all, worked tirelessly to register Georgia voters (Black and white ). Because of his work on behalf of disenfranchised Americans, he along with a co-worker, was poisoned. Campbell survived. His co-worker died.

For years, even though African Americans had a legal right to vote, white government officials passed laws that made it difficult or impossible for them to vote. During the 1950s and 60s, Africans Americans were fired from their jobs and kicked off the farms where they both lived and worked by their bosses the second it was discovered they’d registered to vote.

Today, decades later, the voter suppression continues. In October 2019, Georgia Secretary of State Brad Raffensperger published a list of 313,243 citizens purged from the state’s voter rolls on grounds that they had moved from their registration address. In September 2020, an American Civil Liberties Union report concluded that 198,351 of those purged had indeed not moved and were therefore wrongly removed. Most of those removed were young voters and people of color, the ACLU concluded.

In this lesson, you’ll ask students to ponder the question:

Who Are These People? 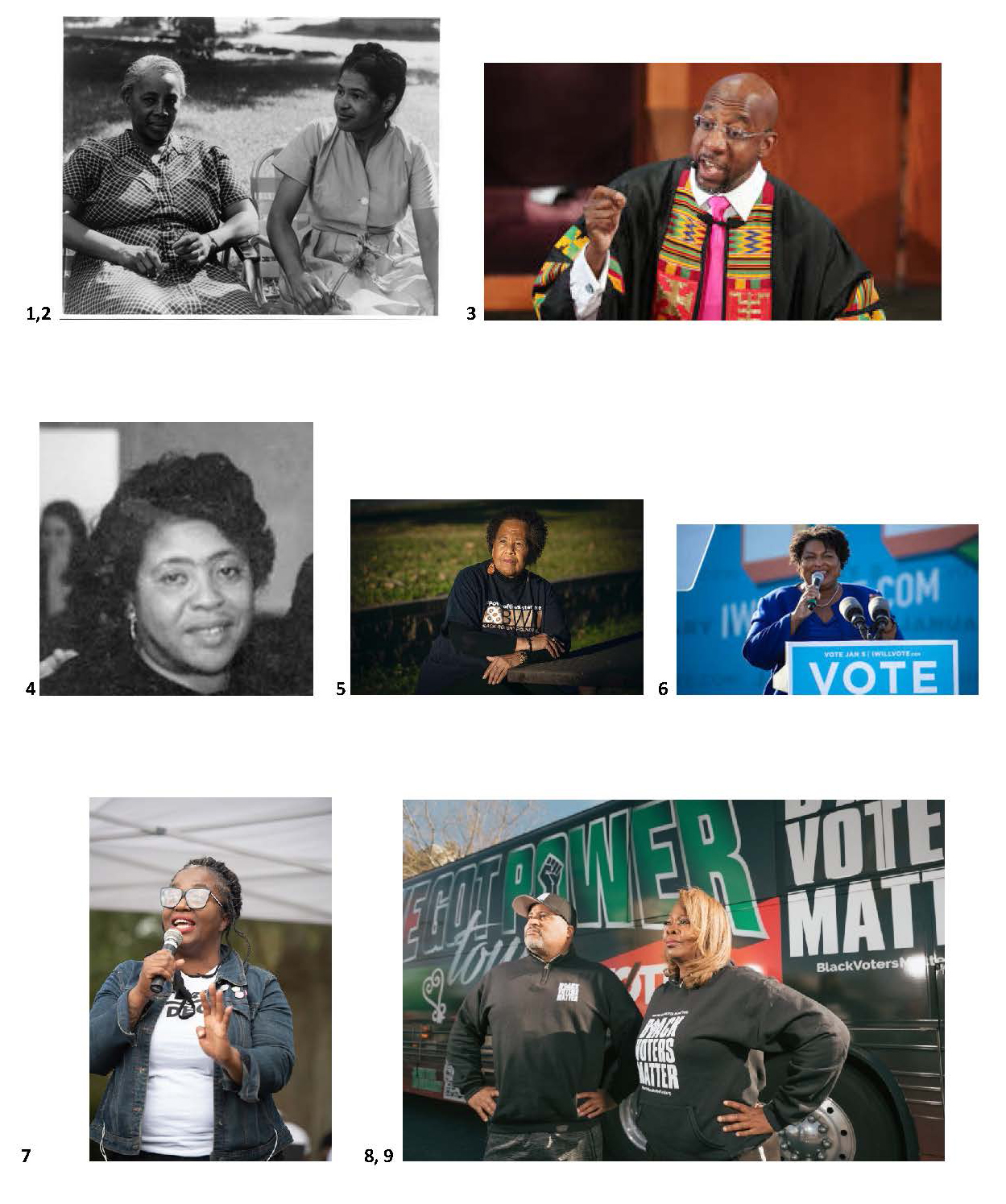 Consider sharing some of the background information at the top of this lesson.

Next, show this 10-minute video from the Los Angeles Times on voter registration organizing in Georgia in 2020: