What Is Inflation? What Can Be Done About It?

Students discuss the rising cost of goods and services and consider why this is happening and what people propose to do about it.

According to a Pew Research poll released in May 2022, seven in ten Americans said inflation was the biggest problem facing the United States today.

But what is inflation? And how worried should we be about it?

This lesson consists of two readings, with discussion questions. The first reading introduces the concept of inflation, explains why many people are concerned about it, and examines the factors that cause prices to rise or fluctuate over time. The second reading looks at policies the government might pursue to address inflation. 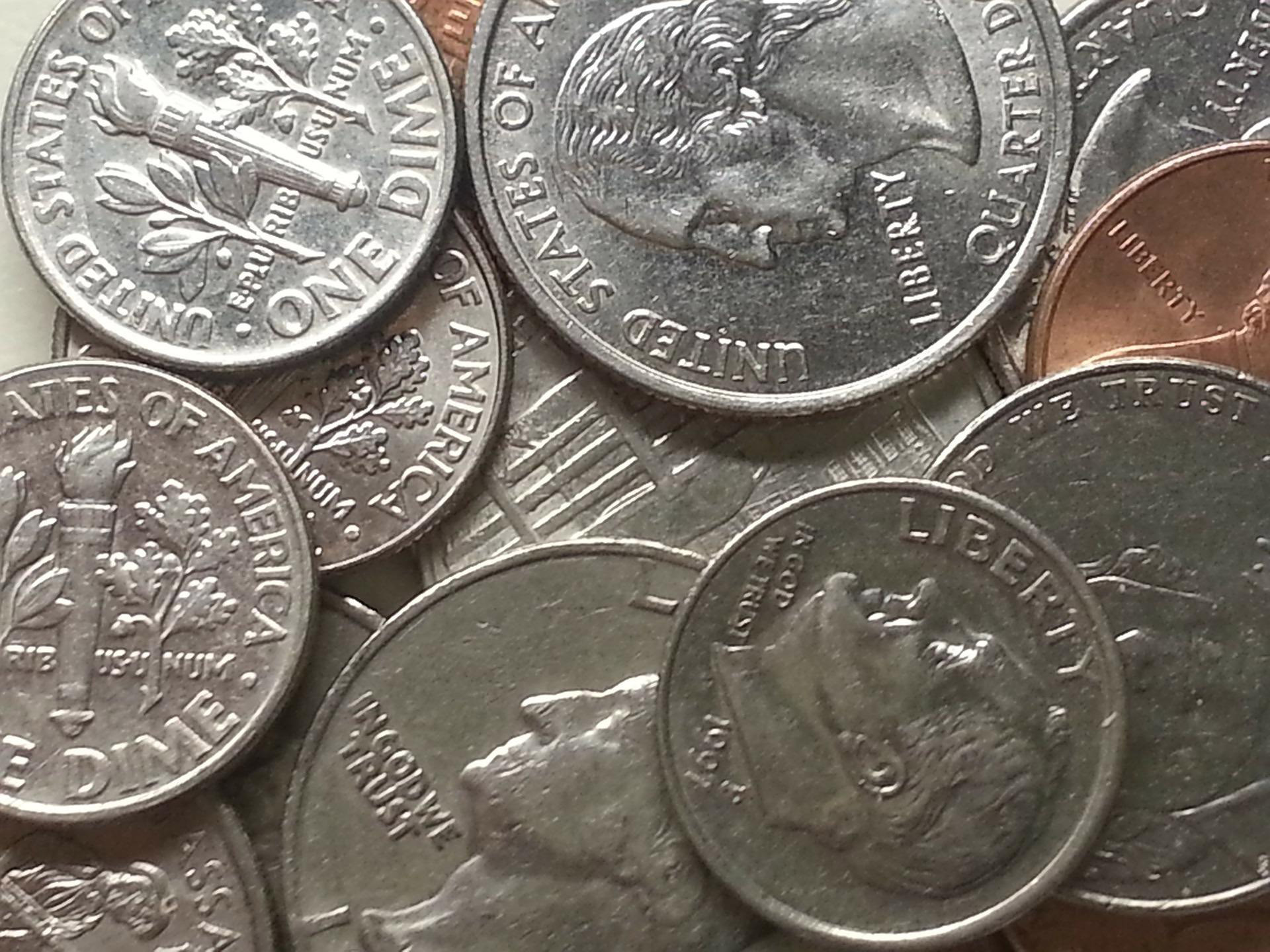 Tell students that we’ll be reading about and discussing the issue of inflation today.

How Big of a Problem is Inflation?

According to a Pew Research poll released in May 2022, seven in ten Americans believe inflation is the biggest problem facing the United States today. Likewise, in late May, President Biden stated that “tackling inflation [is] my top economic priority.” Discussion of inflation has become increasingly common in the news and on social media.

But what is inflation and how worried should we be about it?

Inflation is the broad increase in the prices of goods and services in an economy. Typically, commentators discuss inflation in relation to “purchasing power,” which means that as prices increase, you can purchase less for $1 than you could previously.

Even when inflation is low, the prices of everything from food and transportation to insurance and rent tend to rise over time. A hot dog or ice cream cone that cost $1 in the 1980s might, on average, cost $3 a few decades later. In periods of high inflation, price changes can appear more quickly, resulting in a very visible—and sometimes painful—loss of purchasing power. For example, a used car that cost $5,000 before the pandemic might be selling for $8,000 just two years later. A gallon of gasoline, the price of which was averaging around $3 last spring, was running about $5 per gallon on average by June 2022.

The focus on inflation in the media is in part due to the strong emotional reaction that rising prices can evoke: Nobody likes to pay more than they used to pay for goods and services. Politics and policy reporter German Lopez discussed such reactions in a May 12, 2022, article for The New York Times. Lopez wrote:

Inflation stands out from other problems because it is so inescapable. Unlike unemployment, it affects everyone. And people encounter it every day — when they go to the grocery store, drive by a gas station or buy almost anything.

Inflation also contributes to a sense of powerlessness. Rising prices feel like something done to people rather than a problem they brought on themselves. Short of cutting their spending, individuals cannot do much about inflation.…

“People are so raw at this point, having lived through two years of Covid, that any new thing is going to make them upset and angry,” said George Loewenstein, a behavioral economist at Carnegie Mellon University. “It just feels like it’s one thing after another.”

However, rising prices are not necessarily a cause for alarm. Moderate inflation is considered a normal part of a healthy economy. Typically, people’s wages rise along with prices. Therefore, even if costs are increasing, wages might be rising more quickly, allowing people to get ahead.

Moreover, some of the typical government responses to inflation can themselves result in economic problems that hurt working people. As Lopez further explained:
Rising prices are a sign of an economy running too hot — too much spending resulting in too much demand for a limited supply. Policymakers can prevent this by deliberately slowing down the economy; they can raise interest rates (increasing the cost of borrowing money), hike taxes or cut budgets.

The Federal Reserve has increased interest rates. The central bank’s chair, Jerome Powell, said he is aiming for a “soft landing” — essentially, avoiding going too far and causing a recession — but there is no guarantee that he will succeed. In the 1980s, the Fed tanked the economy to put down stubbornly high inflation.

Because typical government responses to inflation can result in unemployment and recession, some economists and advocates caution against overreacting to the current price increases. In recent months, more job opportunities, a low unemployment rate, and rising wages have put people in a better position to pay their bills. For working people, these gains may outweigh higher prices at the grocery store or gas pump.

The U.S. Bureau of Labor Statistics reported that consumer prices increased 6.2 percent from October 2020 to October 2021, the largest 12-month increase since the period ending November 1990. But at the same time, wages for working people rose by 5.8 percent – nearly keeping pace with inflation.

Nevertheless, inflation has become such a widely-discussed issue because many Americans are still struggling to cover the costs of basic expenses such as food, transportation, healthcare, and housing. The question is, what is the best way to strengthen the purchasing power of those who need help the most?

While no one is happy about inflation, there is heated debate among policymakers about what the appropriate response should be. Given that some actions the government may take to control inflation would likely drive up unemployment, the question for people needing jobs is whether the proverbial medicine might be worse than the disease.

Some conservative economists, including Michael Strain of the American Enterprise Institute, have argued that the Federal Reserve should cool down the economy by continuing to raise interest rates. Strain also opposes social spending proposed by the Biden administration, which he writes, would “make our already troubling inflation problem worse.”

Republicans cited inflation as a reason for opposing the Biden administration’s Build Back Better bill – which would have broadened families’ access to preschool and childcare, healthcare, tuition support, and other social benefits. Stephen Moore, a senior fellow at FreedomWorks, writes in The Hill: “More debt, spending and printing of money at this stage of our economic recovery would be the equivalent of pouring gasoline on an inflation forest fire.”

However, economics professor and Roosevelt Institute fellow J.W. Mason argues that cutting public spending will not help most Americans. Mason predicted that inflation, while challenging, is likely to come down over the next year. He argued that “We should not dismiss these problems, but they are not a sign that the pandemic response was too big… Because our success in protecting people during the pandemic has been extraordinary. Peoples’ ability to continue paying their bills today is much greater than at any comparable point in any past economic crisis, despite the higher prices.”

Writing for The Nation in February 2022, author and political science professor James Galbraith argues that “Some price increases should be accepted, and some should be managed, as best we can, with policies that keep things under control and share the burdens.” He writes:

What are those policies? They include large investments in infrastructure, mass transit, housing, and rebuilding cities; action on climate change; and legislation for higher minimum wages and guaranteed jobs. Once again, all of these efforts will tend to push up prices, at first. That’s because they generate incomes that cannot be spent immediately on more consumer goods….

Above all, we should demilitarize and redirect those valuable materials, skills, and personnel to tackle the big investments we need here at home.… That, by the way, is what Germany, Japan, Korea, and China have all done—and exactly why they are the top or rising economic powers while we are the declining one.

Second, the U.S. should definancialize. Since the time of Reagan, the American economy has ridden waves of speculation—in real estate, in information technology, in mortgages, and now in real estate once again—each leading to a bust. Here the way out is twofold. First, break up or take over the large banks, restore effective regulation, and create a public banking system that serves a public purpose—as France did following the Second World War...

Third, control healthcare costs. How? By enacting Medicare for All, including the power of a government purchaser to negotiate drug prices. Medicare for All is a system of strategic price control aimed at a critical sector; it is potentially the most powerful anti-inflationary tool the government has.

Fourth, control rents. Since all locations are unique, rental housing is by nature a form of market power. And while landlords do deserve a fair return, renters also deserve a fair deal. Rent control, managed by community boards, is the way to achieve this and to keep housing costs down.
Finally, use selective price controls to stop price gouging. Inflation is always aggravated by bad actors who abuse their market power to profiteer. Against this, the best weapon is the empowered consumer, informed and organized.

Being an informed and empowered consumer, as Galbraith suggests, can be a potential means of forming a collective response to inflation. Whether the government encourages this, and the other solutions Galbraith proposes, or whether it focuses on cutting spending and increasing interest rates, will have significant economic consequences for working people in America.

Students learn about the science of gratitude - and one person's effort to express gratitude to every person along the supply chain who made their morning cup of coffee possible.

Students explore the debate over the U.S.'s rising military budget and where young people stand on the issue.