What did THEY do this summer? A quiz on the political news

It’s been a newsy summer.  Get students thinking about what’s been happening in politics over the summer with this quick survey. 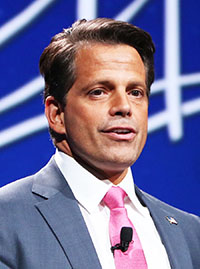 1. Which of the following people has NOT been fired by President Trump?

a) Anthony Scaramucci
b) Abraham Lincoln
c) Sean Spicer
d) James Comey
e) Jeff Sessions
f) Sally Yates
g) Michael Flynn
(Bonus question: Who is the man in the photo, and why was he in the news over the summer?)

3. The U.S. Department of Education, under Trump appointee Betsy De Vos, has taken some of  the following actions. Which actions have they NOT taken?

b) eliminated rules protecting students from fraud by for–profit colleges

President Trump has proposed cutting legal immigration to the United States in half.

5. President Trump and his cabinet are not known for their concern about climate change. Which climate change related news has NOT actually occurred over the summer?

a)  In July, an iceberg the size of Delaware and weighing about a trillion tons, broke off from Antarctica.

c) On June 1, President Trump announced the withdrawal  from the Paris Climate Agreement agreed to in 2015 by 196 countries.

d) The Congressionally–mandated National Climate Assessment (produced by scientists from 13 federal agencies) concludes that global climate change is influencing weather events at the present time and is caused by human action.

e) A group called America's Pledge was founded. It is a coalition of thousands of American cities, states, colleges, and companies committed to reducing America's greenhouse emissions  in accordance with the Paris Agreement.

Scott Pruitt, head of the Environmental Protection Agency (EPA), has proposed to test the legitimacy of global climate change by setting up an investigative panel composed of scientists who represent the global  scientific consensus and the small minority who challenge that consensus.

The Supreme Court decided in a 5–4 vote that women's health clinics unlawfully discriminate against men.

8. Which of the following actions did people take to defeat the Republican effort to repeal the Affordable Care Act?

b) Got every major patients' rights group, medical association, and disease organization to oppose the Republican plan

Lynne Patton, who planned President Trump's celebrity golf tournaments and other lavish events (including Eric Trump's wedding), is now in charge of the Housing and Urban Development Region II (New York and New Jersey), and is responsible for billions of dollars in funds for low–income housing.

10. President Trump has made illegal immigration a central theme of his presidency. Which of the following immigration stories are only "fake news?"

a) Trump proposed to make the wall along the Mexican border transparent so that when drug dealers throw bags of dope over the wall, they won't hit innocent passersby.

b) Between February and May,  undocumented immigrants with no criminal record were arrested by immigration officers at an average of 108 per day.

e) ICE's new policy requires that undocumented immigrants be treated with dignity, offered legal assistance, and be subjected to a minimum of red tape.

12. President Trump's appointments to the Federal Communications Commission once again threaten "net neutrality." What is this "net neutrality" thing?

e) none of the above

13. President Trump's budget would cut trillions of dollars from domestic programs over the course of ten years. Which of the following are actual Trump budget proposals and which are made up?

15. Attorney General Jeff Sessions' confirmation hearings were notable for the doubts raised about his commitment to civil rights. In August, the Sessions Justice Dept. sent signals that it is concerned about racial discrimination. Which of the following are true?

a) The Justice Dept. announced plans to monitor discriminatory practices in the hiring of board members of corporations. (Only 20% of directors of Fortune 500 companies are African–American, Latino, or Asian–Americans)

b) Sessions has proposed a federally–funded program to train minority recruits for local police department positions.

c) Justice Department spokesperson  Anita Johnson announced the formation of a "Bigotry Brigade" which will send two people with similar qualifications (one black and one white) to apply for the same job. Companies with a pattern of hiring only the white candidates will be investigated for racial discrimination.

d) The Justice Department released the results of a study showing that voting delays of all types were 60% more frequent at polling stations serving mostly minority citizens.

(Bonus question: The man is Anthony Scaramucci, who was in the news because he was fired as Trump's Communications Director after 10 days on the job.)

2. Fentanyl is a very powerful, highly addictive synthetic opioid that has been linked to thousands of drug overdoses and deaths.  Because of the spread of drugs like fentanyl, drug overdoses now kill more people in the U.S. than gun homicides and car crashes combined. On August 10, President Trump declared the opioid crisis a "national emergency."

5. (b) is untrue. Sea level is rising at a dangerous rate, but currently that rate is about 1/8 inch per year.

8. (a), (b), (c), and (e).  Polls indicated support for Trumpcare at around 18%.  Many Congress people who favored the rollback of Obamacare decided to cancel their traditional recess meetings with constituents to avoid being swamped by angry voters.

10. (c) and (e) are not true.
(a) President Trump's has also suggested the wall be constructed of solar panels.
(b) During the presidential campaign, Trump  spoke only of deporting the dangerous "bad hombres."
(d) President Trump's plan to overhaul immigration policy (including reducing legal immigration by half) will likely face strong opposition.

11. True. Brownback, a conservative Republican, is reportedly the least popular governor in the United States, with an approval rating of 25%. According to the New York Times, "Mr. Brownback's popularity has plummeted in recent years as the state slashed services and struggled to meet its revenue projections, problems that many attributed to Mr. Brownback's signature tax–cutting doctrine."

Which of the issues brought up in the quiz concern you most?

What other issues in the news are you interested/concerned about?

Much of the summer's political news has focused on Donald Trump. Do you think this is justified? Why or why not? What impact do you think it has that Trump has dominated the headlines?

Is social media strengthening our communities, or is it actually harming our ability to connect in person? Students  discuss two readings about the pros and cons of social media engagement, including some research on this question.

Students think about the impact of a letter to the editor, analyze a sampling of letters and identify what makes them effective, and write letters of their own about issues they care about.

In small groups, students read about and discuss some of the summer's news, including on climate change, elections, the Iran nuclear deal, and more.