Juneteenth: Why is it Important to America?

Students watch and discuss a short video about the history of Juneteenth and research their questions about the holiday.

Ask students to look at the following images, in order clockwise from the left 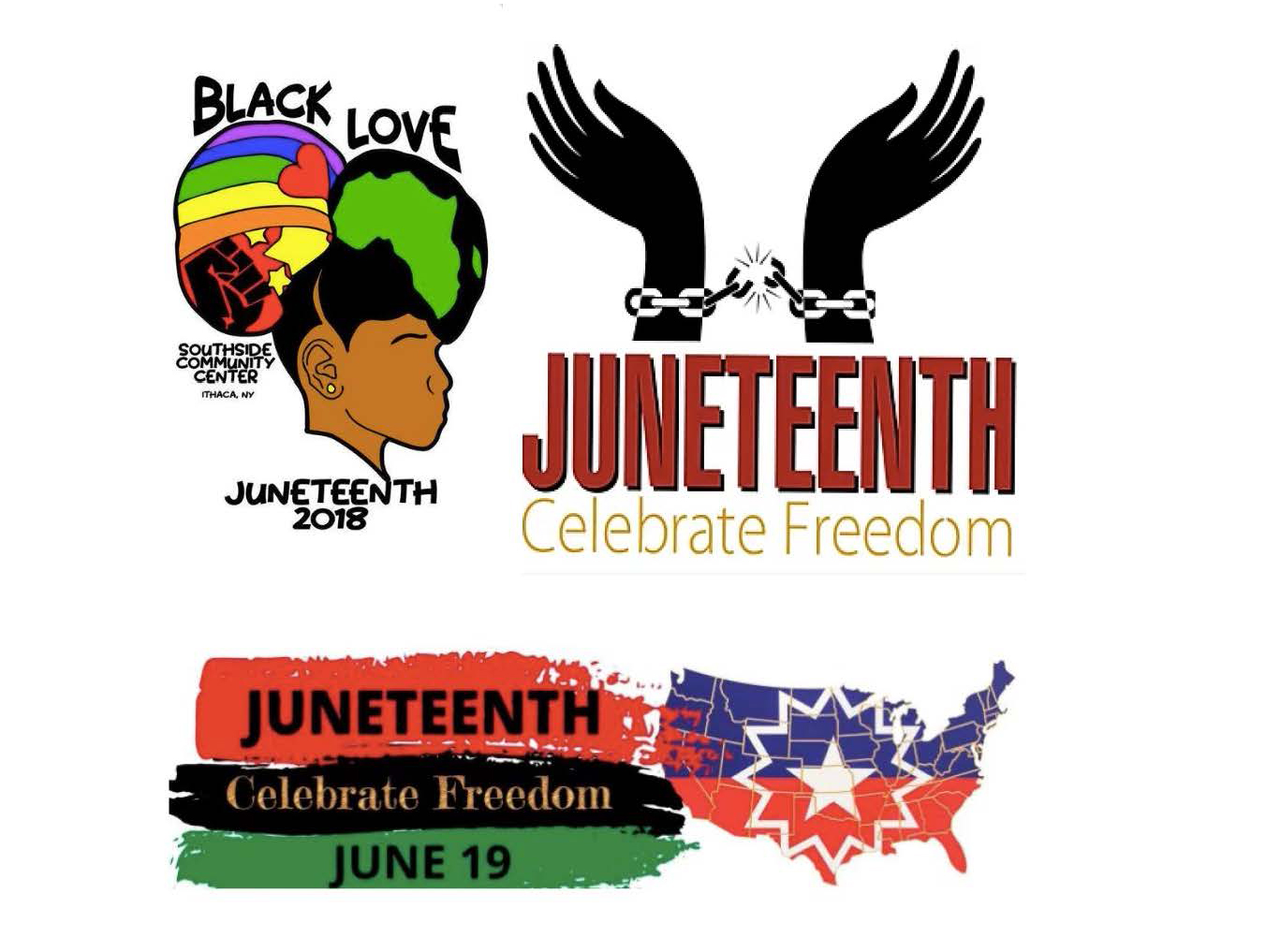 Explain that they are all from announcements to celebrate Juneteenth.

Ask students some or all of the following questions:

If students don’t know what Juneteenth is, ask them to look at the images:

This Is Why Juneteenth Is Important for America

Next, invite students to watch the following 3-minute video from The Root about This Is Why Juneteenth Is Important for America.

Acknowledge that the video contains a lot of information.  Play it once all the way through, then ask students what stood out for them about the piece.  Ask students if they’d like to watch it again in shorter segments, rewatching each of the segments before discussing them in more detail. (Note that you can see a minute by minute transcript by clicking on the three dots below the video and selecting Open Transcript.)

Ask students some or all of the following questions:

Part 4: Today and Looking Back Through History

Consider charting students’ questions about Juneteenth. Have them research their questions themselves, or provide them with an article or range of articles like the ones below.  Ask them to come back to class with the answers they found.

If your students want to take things a step further, consider

The Atlantic Balancing the Ledger on Juneteenth, which touches on the debate over reparations, highlighting the dual purpose of the holiday: celebrating emancipation but also demanding accountability for historical and present wrongs.

One hundred and fifty-five years after the news of emancipation finally reached enslaved people in Galveston, Texas, systemic racism, injustice, and police brutality continue to afflict our society and shape our lives.

In the wake of the May 25, 2020, murder of George Floyd at the hands of four Minneapolis police, mass protests spread into the streets across the country and world.

Almost a month later, for Juneteenth,  the Movement for Black Lives announced A Weekend of Action to “demand justice on Juneteenth”:

“In observance of Juneteenth, a holiday that commemorates the emancipation of African slaves in America, the Movement for Black Lives (M4BL) is organizing a weekend of action to demand divestment from police departments and investment in Black communities.”

Invite students to find out more about the protests and the Movement for Black Lives.

Students discuss two different visions of policing and racial justice - and consider how the thinking of one organizer and lawyer evolved over time.

This lesson engages students in giving thanks for Breonna Taylor’s life, while offering space to share their impressions, feelings, experiences, and thoughts around the tragic circumstances of her death.

Students consider what “white supremacy” means, what groups in society have supremacy, and explore the origins of white supremacy through a short video and discussion.