Economic Inequality and the “Maximum Wage” 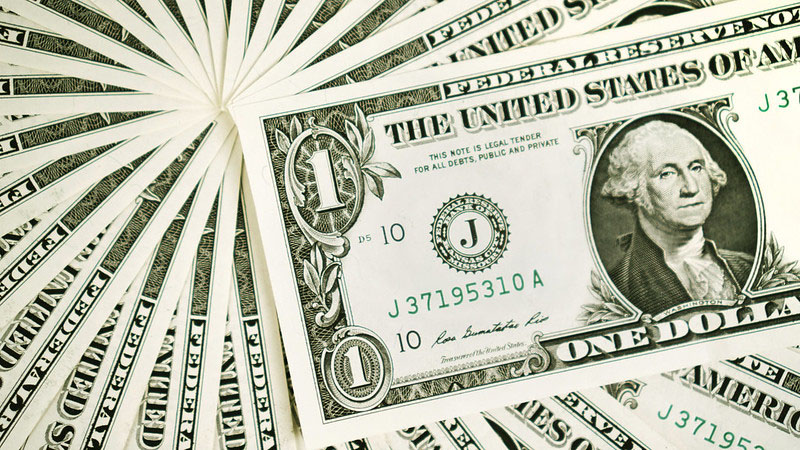 In the United States, the gap between rich and poor is growing to historic proportions, and the trend has only gotten worse since the start of the Covid pandemic. Young people are among those who are disproportionately affected by economic inequality, and many are considering joining unions, and considering ideas such as a “maximum wage,” which would limit the pay gap in businesses.

This lesson includes two readings. The first looks at how CEO pay has soared during the pandemic as workers’ wages fall behind. The second gives examples of efforts to combat inequality, including unionization and the campaign for a maximum wage. Questions for discussion follow each reading.

Tell students that today they'll be reading about and discussing the widening wealth gap in our country, how it is affecting young people, and some solutions that young people are advocating.

Record some of their responses for discussion after the reading.

Inequality is Soaring During the Pandemic

In the U.S., the gap between rich and poor is growing to historic proportions, and the trend has only gotten worse since the start of the Covid pandemic. On October 4, 2022, the Economic Policy Institute (EPI) —a think tank focused on economic issues—released new research on the salaries of top executives at American corporations. Reporting on this research, writer Jake Johnson explained in In These Times magazine:

A new study shows that the top executives of the largest corporations in the United States have seen their pay soar by nearly 1,500% over the past 43 years, helping to fuel a massive surge in inequality as workers’ wages lag….

The trend of soaring CEO pay has continued during the coronavirus pandemic, which caused mass economic chaos and job loss among ordinary workers. EPI found that ​“while millions lost jobs in the first year of the pandemic and suffered real wage declines due to inflation in the second year, CEOs’ realized compensation jumped 30.3% between 2019 and 2021.”

“Typical worker compensation among those who remained employed rose 3.9% over the same time span,” note EPI’s Josh Bivens and Jori Kandra, the authors of the new report.

The findings come amid mounting fears of a global recession triggered by central banks’ attempts to fight inflation via increasingly aggressive interest rate hikes, a strategy aimed at crushing economic demand…. When [Federal Reserve Chair Jerome Powell] voices his desire to ​“get wages down” — as he did during a May press conference — he’s not referring to the skyrocketing pay of top corporate executives or Wall Street bankers, who have seen their bonuses surge by 1,743% since 1985. As The Lever​’s Matthew Cunningham-Cook reported earlier this year, Powell’s Fed has ​“declined to implement a law to reduce the skyrocketing paychecks of his former colleagues on Wall Street.”

The inequalities are even more pronounced along lines of gender and race. The low-wage workforce is disproportionately female, Black and Brown, while only 1 percent of CEOs at our country’s 500 largest corporations are Black, 2.4 percent are Asian, 3.4 percent are Latino, and 6 percent are women.

Young people are also disproportionately affected by this extreme inequity. As policy analyst Nicholas Birdsong described in “The Consequences of Economic Inequality,” a 2015 article for the Seven Pillars Institute, a financial ethics think tank:

In unequal societies, government support tends to decline for public education programs. As the rich become increasingly wealthy, public policies become increasingly favorable to the policy goals of the economic elites. Public education programs tend to be unpopular with the wealthy because they involve taking public funds, which often primarily consist of taxes imposed on the rich, and redistributing those resources to the poor.

Growing inequality presents a challenge for American democracy. Billionaires funneling money into campaigns exert a disproportionate influence over the political process—allowing them to enact policies that only expand the widening gap.

Moreover, many have argued that in times when many Americans are facing unemployment or rising living costs, the economy as a whole could benefit if the profits of economic productivity were more evenly distributed among working people, rather than being concentrated in the hands of a small few.

In 2014, Harvard philosopher T.M. Scanlon laid out a four-point argument for why rising levels of economic inequality should be a matter of public concern. Scanlon wrote:

Economic inequality has far-reaching consequences on the fairness of our political institutions and economic system. Because of this, it is not surprising that rising inequality is a topic of public debate and discussion.

Historically, workers have responded to low pay, inadequate benefits, and poor working conditions by joining forces with other workers through unions that they join or create.

In recent years, unions have seen a resurgence – and it has been driven in large part by young people. Young people have been at the forefront of organizing unions at workplaces including Starbucks and Amazon. As an article published by the International Brotherhood of Electrical Workers labor union highlighted:

A Pew Research Center survey found that young people are far more likely than older adults to view unions in a positive light. Three-quarters of those ages 18 to 29 say they have a favorable opinion of labor unions. By contrast, only about half of those 50 and older share such a positive opinion.

“They get it,” said Jennifer Gray, Vacaville, Calif., Local 1245 assistant business manager and 9th District advisory committee member for Reach Out and Engage Next-gen Electrical Workers. “We’re turning a corner in young worker participation. They know they need to step up.”

Interest by young people in unions has continued since the start of the pandemic. As journalist Christine Ro wrote in a December 2020 article for the BBC:

Younger workers are… bearing the brunt of the increasing instability of the labor market and the rise of the gig economy. Contracts are often shorter-term and hours less certain, and while gig-economy work may yield good earnings without workers being tied into contracts, it also offers those workers few protections….

When the pandemic hit, the kinds of workers these newer groups appeal to were among the worst affected. In the U.S., between March and June 2020, 20-to-24-year-olds lost their jobs faster than other age groups.…

There are certainly signs that the pandemic is generating renewed interest in labor unions. “During the height of the pandemic we saw our new weekly membership numbers increase by 300 to 500%, and the majority under the age of 35,” reports Rafael Espinal, the 36-year-old executive director of Freelancers Union. Espinal believes that “the dramatic increase in numbers can be attributed to freelancers looking for a support system and a point of information during a time of uncertainty.”

Another way that some advocates have proposed to address economic inequality is a “maximum wage,” which would place a limit on the gap between the lowest- and highest-paid workers in an enterprise. In 2018 article for The Guardian, Sam Pizzigati, veteran labor journalist and co-editor of Inequality.org, outlined the argument for a maximum wage:

The idea of capping income has a long and distinguished history in America. In 1880, Felix Adler, the philosopher who would later lead America’s first national campaign against child labor, proposed a 100% tax rate on income above the point “when a certain high and abundant sum has been reached, amply sufficient for all the comforts and true refinements of life”.

Progressive lawmakers in Congress would later pick up Adler’s proposal. They had a big ally in Franklin D Roosevelt. In 1942, shortly after Pearl Harbor, FDR asked Congress for a 100% top tax rate that would leave no individuals with more than $25,000 of annual income – about $375,000 today – after taxes.

America’s top unions backed FDR’s plan – and so, Gallup pollsters reported, did a clear plurality of Americans. Congress felt the heat. By 1944, America’s richest faced a 94% tax rate on income over $200,000. Our top tax rate hovered around 90% for the next two decades, a span of time that saw the United States give birth to the world’s first mass middle class.

America in those years became significantly more equal. By 1970, the 1% 's share had sunk to a tenth of the nation’s income, versus a quarter in 1928. The bottom 90%’s share had jumped to two-thirds.

Today, about a half-century later, all that economic progress has come undone. With tax rates on high incomes way down, our top 1% have doubled their income share….

What can we do about all this? To start, we can stop rewarding corporations that use our tax dollars to increase extreme inequality….

The city of Portland is now levying extra business surtaxes on companies that pay their top executives over 100 and 250 times what their typical workers are making. A half-dozen states are contemplating similar bills, and federal legislation along that line is also pending.

Other lawmakers are looking at corporate welfare, the billions in subsidies that go annually to big businesses. According to Good Jobs First, two-thirds of the federal government’s $68bn in business grants and special tax credits from 2001-2015 went to large corporations….

I think most Americans would agree that no enterprise where workers would have to labor over a century to make what their CEOs can make in a year should get a single one of our tax dollars.

Although the “maximum wage” is only one possible means of combating economic inequality, it is a provocative idea that a variety of states have started to consider in recent years.