C is for Communal Care

Self-care isn’t just an essential part of communal care, it is what makes community possible. 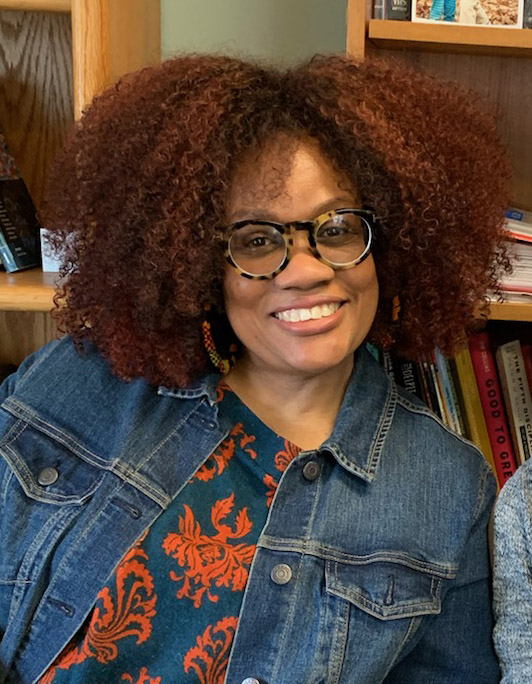 I joined a few Teacher Twitter groups at the start of the school year so I could connect to, be inspired by, learn from, and be in genuine community with educators who were returning to classrooms during a time unlike any other in the last 100 years.

I absolutely expected to hear about the challenges, the barriers, the hurt, the fear, and the exhaustion. I definitely had high hopes for restorative practices and self-care to be offered as ways to ameliorate heartbreak, soothe spirits, and center joy.

What I was surprised to hear was the ways in which self-care came under fire, how it was deemed completely ineffective in relieving the burdens of teaching at a time of multiple, ongoing pandemics.

One educator shared in a post that self-care was being weaponized by the school district in which they worked. When I asked for an example to better understand how that was possible, another educator responding to my inquiry said that a massage won’t change the system.

And it struck me, then, that some people had a decided lack of clarity around the origin story of self-care. For friends who already know, feel free to go on ahead and use this time for your self-care. But for those who don’t:

The powerfully brilliant Audre Lorde, a self-described “(B)lack, lesbian, mother, warrior, poet” talked about the criticality of self-care while she was actively dying from cancer. For her, self-care wasn’t using a massage to fix the system. It was the recognition that one owed it to life to pay attention to things (and people) that cause over-exertion, to what we put into our body, to what (and whom) we allow to enter into our head and heart spaces. Because to survive a system that was designed to dehumanize, diminish, denigrate, and dismiss your being, you need ways to BE.

One new source of learning for me is Emelyne Museaux, a certified self-love coach. She frames self-care versus self-indulgence as a nuanced juxtaposition of rest instead of avoidance and of protecting yourself instead of limiting yourself.

If you’ve never had to hold fast to hope in the face of the crushing, dysregulating weight of systemic oppressions that are brought to bear against who you are, where you live, what you do, and how you look, your approach to self-care may heavily rely on a certified green, repurposed form of self-indulgence.

The most harmful part of this misalignment with self-care is the glaring omission of UBUNTU, a philosophical point of view from the Zulu tribe in South Africa that centers humanism, dignity, and justice. Simply summed up, “I am because you are” is a way to understand communal care as a beneficiary of self-care. Self-care isn’t just an essential part of communal care, it is what makes community possible.

Self-care fuels resilience, communal care drives resistance. Self-care allows one to thrive and creates pathways in the community for hyphenated identities to flourish, because as abolitionist educator and professor Bettina Love reminds us, we want to do more than just survive.

So, no, massages aren’t systemic fixes. But massaging scalps while cornrowing hair, singing spirituals about freedom while under an unrelenting sun, preserving legacies of sorrow and celebration to be passed down in whispers or written on scraps of paper hidden between pages of scripture to be read aloud to future generations at family gatherings were all forms of self-care that lifted up the necessity of communal care.

If one person failed to have the scale record the designated poundage, everyone suffered. One person alone may have been hoisted to a tree branch to receive a soul-splitting lash from an unrepentant whip, but entire enslaved populations were often forced to watch, to cut down the body and tend to it, one way or the other.

To endure unimaginable horrors, to receive constant reminders of the preciousness and uncertainty of life in the face of physical and psychological violence, self-care is more than deep breathing, it is the very act of being able to breathe in the first place. Self-care was never about $300 cashmere-lined slippers and fancy moisturizers with French-sounding names. As poet Lucille Clifton urges us, “come celebrate with me that every day something has tried to kill me and has failed.”

As schools continue to struggle to find purchase in a still ever-changing and unfamiliar landscape, we can think more deeply about how to build and include self-care practices and spaces into every facet of school life. From building ease into schedules to reimagining rooms and hallways, a proactive, just, and equitable approach can ensure that community members feel seen and heard and experience the humanizing power of care.

Some adults seem unable to grasp that young people are scared. Terrified. And angry. They feel abandoned. We can do better by our kids.
See and Be Seen
"Because love is in the details, we can operationalize it to rebuild schools into centers of joy, creativity, curiosity, collaboration, and cultivation of the unlimited potential of young people."
See and Be Seen
"My self-care makes me possible because it sustains the source of my humanity," writes trainer Dionne Grayman
See and Be Seen
self-care