Constance McMillen, who is lesbian, wanted to attend her senior prom with her girlfriend. A student reading describes the controversy and court ruling that ensued. Discussion questions and a writing assignment follow.

Gay and lesbian issues inevitably become school issues, especially in high schools. A recent one involved Constance McMillen, an 18-year-old lesbian, who wanted to attend her senior prom with her girlfriend. As the student reading below explains, her determination to do so set off a series of events that attracted a good deal of attention from the media, and from defenders of civil liberties.

The case is an appropriate, if controversial, subject for high school students' attention and discussion, but probably not one for younger students. For "Teaching on Controversial Issues," click on "Ideas and Essays" in the high school section.

Following the reading are discussion questions and a writing assignment that might be preceded by class consideration of the Student Non-Discrimination Act.

A controversy over same-sex prom date

Like most high school seniors, 18-year-old Constance McMillen wanted to go to her prom with a date.

McMillen, a lesbian, wanted to take her girlfriend. She knew that her school, Itawamba Agricultural High School (Fulton, Mississippi) had banned same-sex dates in the past. So she went to her principal months before the prom to discuss plans to take her sophomore girlfriend and wear a tuxedo. 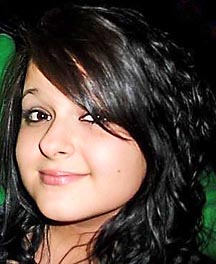 But the principal was unbending: No same-sex dates were allowed at prom. McMillen and her girlfriend could attend with male dates or alone, but not together. They would be forced to leave even if they came separately, then started to dance with each other. And McMillen would have to wear a dress.

Constance McMillen contacted the American Civil Liberties Union. The ACLU responded to her appeal with a letter to the school demanding that it respect McMillen's constitutional rights to go to the prom with her girlfriend and to wear a tux. The high school's response was to cancel the prom, saying the decision was "due to the distractions to the educational process caused by recent events."

Constance McMillen and the prom became national news as the ACLU took her case to court and parents began organizing a private prom.  McMillen, interviewed on "The Early Show," said that people at school had been "silent" and "hostile" toward her ever since the prom's cancellation. "But you'll have people that are going to be like that," she said. "It hurts, but there's nothing I can do about it, but just hope they understand that was never my intention [to have the prom canceled].  I'm fighting for prom for everybody now."

"I admire you so much," talk show host Ellen DeGeneres, who is also a lesbian, told Constance on her program. "When I was your age I would never have had the strength to do what you are doing." DeGeneres presented McMillen with a $30,000 college scholarship check raised by the website www.tonic.com. The site describes itself as a "digital media company dedicated to promoting the good that happens each day around the world." (Chris Joyner, www.usatoday.com, 3/19/10)

The U.S. Court for Northern Mississippi ruled on the case on March 23, 2010. The 12-page ruling stated: "The record shows Constance has been openly gay since eighth grade and she intended to communicate a message by wearing a tuxedo and to express her identity through attending prom with a same-sex date. The Court finds this expression and communication of her viewpoint is the type of speech that falls squarely within the purview of the First Amendment. The Court is also of the opinion that the motive behind the School Board's cancellation of the prom, or withdrawal of their sponsorship, was Constance's requests and the ACLU's demand letter sent on her behalf."

The Court also said that McMillen had the right to wear a tuxedo and not traditional female clothing and that it expected that she and her girlfriend would be invited to the private prom being organized at a furniture store, but represented by the school as open to all students.

"What happened next is shocking," the ACLU declared.

"Last Friday [April 2, 2010], Constance went to a private dance that was billed as the school prom. The event—attended by Constance, her date and five other students—was essentially a decoy event. According to news reports, virtually all of the other students went to a parent-sponsored prom to which Constance was not invited."

"So many people have contacted us because they are outraged by this situation and want to do something. I can tell you from my conversations with Constance that there's nothing she wants more than for these kinds of hurtful actions to end for students all across the country.

"Discrimination and harassment are an unacceptable daily reality for too many LGBT students all across the country. If outrageous experiences like the one Constance McMillen has been through are going to end, we have to respond." (www.aclu.org, 4/8/10)

1. What questions do students have about the reading? How might they be answered?

2. The Mississippi court held that "the expression and communication of her viewpoint is the type of speech that falls squarely within the purview of the First Amendment." Why?

To involve all students, conduct a pair-share dialogue to respond to these questions:

Do you agree with the Court's decision? Why or why not?

Students pair facing each other. Each speaks in turn for one or two minutes. Each focuses complete attention on what the partner is saying. After the pair-share, ask students to paraphrase the partner's views before expressing their reactions in a general discussion.

For discussion and writing

Summary of the Student Nondiscrimination Act, introduced as HR 4530 to the House of Representatives on January 27, 2010:

"Under this bill, no school program that receives public funding would be allowed to exclude children because of their gender identity or sexual orientation, be they gay, transgender or straight. Harassment based on gender or sexual orientation, defined as 'conduct that is sufficiently severe, persistent, or pervasive to limit a student's ability to participate,' would also not be allowed as a sanctioned element of a public school program. If schools discriminate or sanction harassment in their federally funded programs, federal education agencies would be given the authority to terminate their funding." (www.opencongress.org/bill/111-h4530/show)

What questions do students have about this bill? How might they be answered?

Write a letter to your representative in which you express your reasoned opinion of the Student Nondiscrimination Act and ask for a response from that representative with his or her view.

This lesson was written for TeachableMoment.Org, a project of Morningside Center for Teaching Social Responsibility. We welcome your comments. Please email them to: lmcclure@morningsidecenter.org

Four tips from Morningside Center Staff Developer Amy Fabrikant on how to create a safe and supportive environment for LGBTQ+ students, and all students, going forward.

It's the 30th annniversary of  ACT UP. In this lesson, students learn about and discuss the activist organization whose bold, creative organizing forced government action to combat HIV/AIDS. .

Students hear and discuss the words of a group of trans teens, see a video of them speaking to their future selves, and consider what obstacles transgender teens face.