Open your Mind: A Poem from PAZ

January 28, 2016
Jon, an 8th grader in our PAZ After-School Program at PS 214 in the Bronx, wrote this poem as part of a PAZ project leading up to Martin Luther King Day. The project included discussions about Black Lives Matter, civil rights, breaking stereotypes, and police brutality. In writing the poem, says PAZ Director Bryanna Kolja,"Jon had what he calls an eye-opening experience. He captured the very essence of the liberation of our youth’s minds."

Martin Luther King Jr,
He fought for us, these aren't rumors
He fought for me, he fought for you
Peaceful protests? He did that too
Real struggles? You have no clue
When it came to freedom, he spoke the truth
Unite our people, we're all equal
"I have a dream" this is the sequel
Maybe it is, or maybe it isn't
But give me your attention, open your mind and just listen
Imagine a country, free from terror
Where walking while colored, isn’t an error
Where cops are not feared
And genocide doesn’t exist within our own peers
Where "I can't breathe" means mercy
And kids in 3rd world countries aren’t so thirsty
Where the people of power, aren’t such cowards
Who hide behind money, while their racism towers
Where new age slavery doesn’t exist
And this simple poem was more than a wish
Where uniting all people was the ultimate mission
And the cancer in our society was kicked into remission 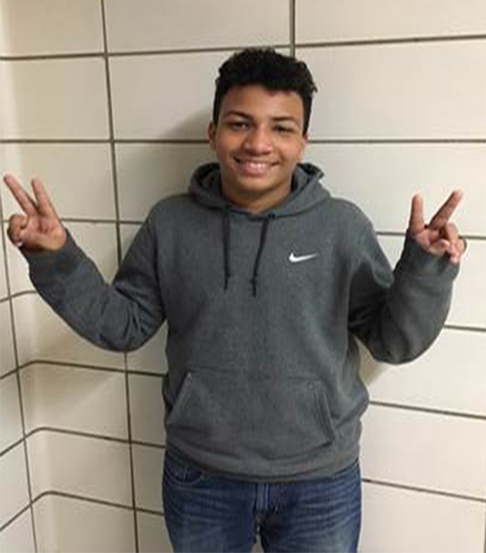 An Interview with Jon

What were you thinking and feeling when you wrote the poem?
"I felt grief.  I wanted to channel the pain and struggles of those before me, who fought for me to be able to be where I am today."
How did it feel to have these difficult conversations about racial injustice in PAZ? Do you think it’s important for middle school students to  discuss racial issues?
"At first, I think we were all reluctant,  but in time we were all open to voicing our opinions and learning from each other,  but more importantly from the past. It is extremely important for us to have these conversations to apply to our future and possible situations that we may face as young Black and Latino students."
How do you feel about  the great reception the poem has gotten?
"It gave me a sense of pride both within myself and the program that I am able to show many aspects of myself,  including being a dynamic leader and a well-rounded individual."

What do you really know about our national parks? Maybe not as much as these kids, says Morningside ED Cassie Schwerner.
PAZ
PAZ after-school
PS 24
Sully Diaz, Director of our PAZ After-School Program at PS 24 in Sunset Park Brooklyn, shares how she and her staff make everyone feel welcome in a program whose participants come from all over the world.
PAZ after-school
Leaders of a network of after-school programs in Nashville wanted to find out what it would take to
PAZ after-school