Is Our Tax System Skewed?

Students dive into a new report documenting how little the very rich are taxed - and what that might mean for the rest of us.

“There’s been class warfare going on for the last 20 years, and my class has won.”
– Warren Buffett (fifth-richest American)

Tell students that today we’ll be diving into a new report about how much America’s richest people pay in taxes – and what that might mean for the rest of us. 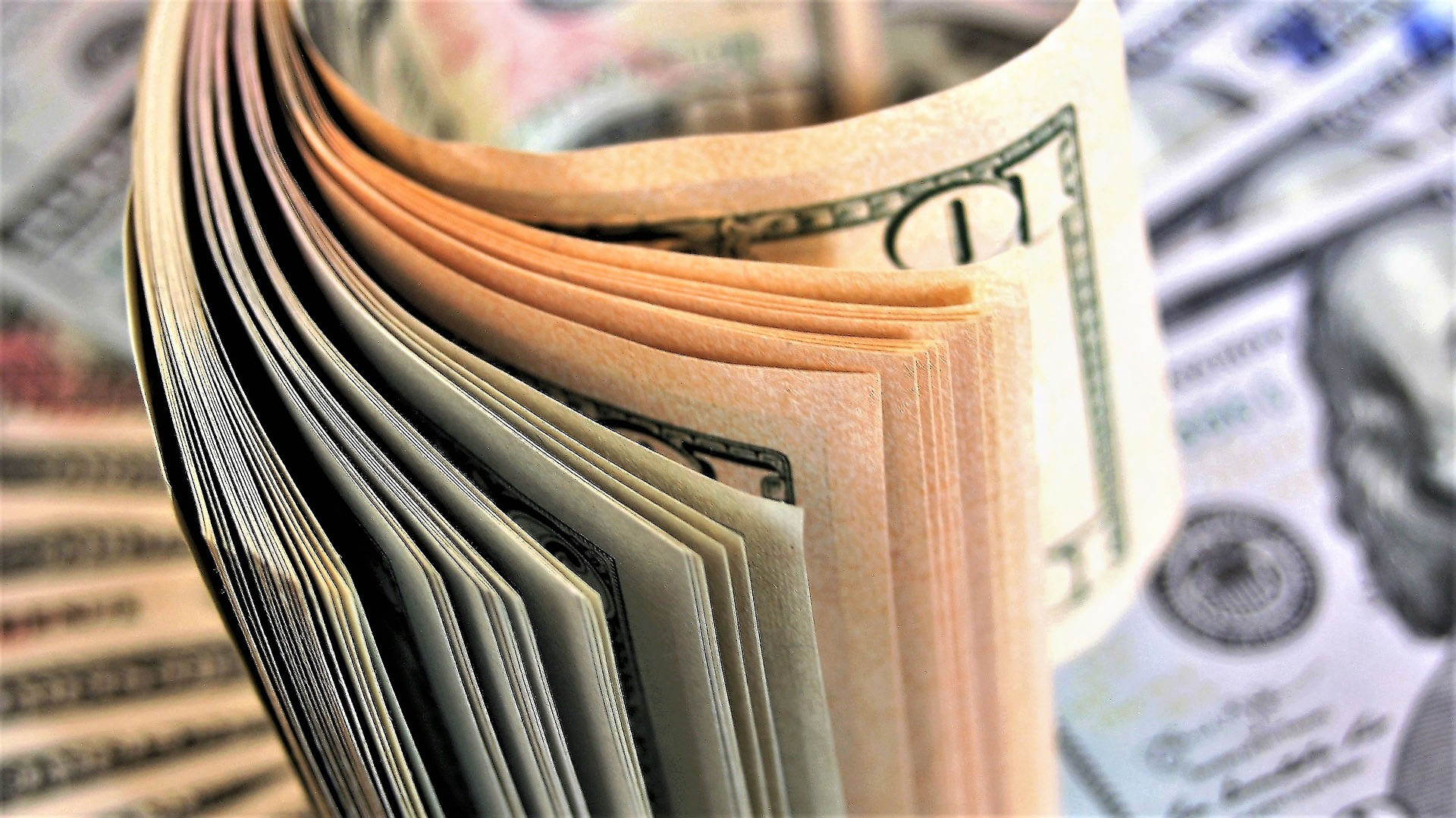 Reading 1:
What do the richest Americans pay in taxes?

In June 2021, the non-profit investigative journalism project ProPublica revealed the income taxes paid by the twenty-five richest people in America for fifteen years (complete data for 2012-2018).

Personal tax information reported to the IRS is not public and ProPublica will not reveal how they obtained the files. They published the information, despite its probable illegality, because they believed it was important for Americans to know.

The data, they write, “demolishes the cornerstone myth of the American tax system: that everyone pays their fair share and the richest Americans pay the most. The IRS records show that the wealthiest can — perfectly legally — pay income taxes that are only a tiny fraction of the hundreds of millions, if not billions, their fortunes grow each year.”

What they found was astounding. The richest people in the country pay less in income taxes than most middle-income Americans. In fact, they sometimes pay no income tax at all. Among the findings:

According to Forbes Magazine, the 25 people ProPublica retrieved records for saw their worth rise a collective $401 billion from 2014 to 2018. IRS data show that collectively they paid a total of $13.6 billion in federal income taxes in those five years.

While that’s a huge sum, it amounts to a true tax rate of only 3.4%. By contrast, the median American household paid 14% in federal taxes.

ProPublica notes that some billionaires don’t avoid paying income taxes: In 2018, nine of the 25 wealthiest Americans reported more than $500 million in taxable income and three more than $1 billion. But even in this case, billionaires have many ways to reduce the taxes they pay, such as taking deductions for charitable donations.

Have students view the first graphic that appears in the ProPublica report, which is entitled “The Ultrawealthy by the Numbers”:  https://www.propublica.org/article/the-secret-irs-files-trove-of-never-before-seen-records-reveal-how-the-wealthiest-avoid-income-tax

Note that this graph, and the entire ProPublica report, uses data as of 2018. This does not take into account the massive gains that billionaires have made during the Covid epidemic. According to Forbes, the wealth of billionaires increased by $1.2 trillion from January 2020 to April 2021.

Reading 2:
How Does This Happen?

One big reason that billionaires are able to avoid paying income taxes is that the income tax is a tax on salaries or wages, not on wealth or on increases in wealth.

As we saw in the chart, even if your wealth increases by $100 billion, you might end up paying taxes on only a tiny portion of that money, because you did not receive it as a payment. You own those new billions, but they don’t count as income.

This system of taxing income but not wealth doesn’t work out so well for the majority of people, who survive mainly on the wages they earn. As the ProPublica report notes, many Americans live paycheck to paycheck, amassing little wealth and paying the federal government a percentage of their income in taxes. If they earn more, their tax rates rise. The federal government considers almost every dollar workers earn to be “income” to be taxed.

The median American household currently earns about $70,000 a year and pays 14% of that in federal taxes. Couples earning above $628,300 or more pay the highest income tax rate, 37%.

But Jeff Bezos and other billionaires don’t need to be paid a salary. Bezos’ salary at Amazon is  around $80,000 a year. Other founder-CEOs earn even less, notes ProPublica. Steve Jobs took $1 in salary when he returned to Apple in the 1990s. Facebook’s Zuckerberg, Oracle’s Larry Ellison and Google’s Larry Page have all done the same.

But, says ProPublica, “this is not the self-effacing gesture it appears to be,” because the wealth of the ultra-rich derives from the rising value of their assets, like stock and property – not wages. And unlike wages, the U.S. does not define those assets as taxable income.

According to the IRS, the top 25 wealthiest Americans reported $158 million in wages in 2018. But that’s just 1.1% of what they listed on their tax forms as their total reported income. The rest mostly came from dividends and the sale of stock, bonds, or other investments, which are taxed at much lower rates than wages.  ProPublica states that “Under current U.S. tax law, the ultra-wealthy don’t have to break the law to avoid paying taxes.”

If many of the ultra-rich are earning only modest wages, if any, how do they get access to cash without selling their stock – which would require them to pay significant taxes? As the ProPublica report documents, many very rich people just borrow it from the bank. The interest they pay on loans is much less than the taxes they would owe if they took in their earnings as salary:

The tax math provides a clear incentive for this. If you own a company and take a large salary, you’ll pay 37% in income tax on the bulk of it. Sell stock and you’ll pay 20% in capital gains tax — and lose some control over your company. But take out a loan, and you’ll pay a single-digit interest rate and no tax. Since loans must be paid back, the IRS doesn’t consider them income. Banks typically require collateral, but the wealthy have plenty of that.

What about corporate taxes? Does that form of taxation make up for the enormous gap in tax payments between billionaires and the rest of us?

As ProPublica notes, corporate taxes have dropped in recent decades. Further, many companies – including Google, Facebook, Microsoft and Apple – send their profits abroad to countries such as Bermuda that have no corporate tax. When companies do pay corporate taxes, that liability is often passed on to workers and consumers.

How about estate taxes – the tax on wealth that is passed on after a wealthy person dies? Officially, the estate tax rate is relatively high: 40%. However, according to ProPublica, IRS data, tax research, and other evidence suggests that many of the richest people bypass the estate tax by creating foundations that provide large charitable tax deductions during their lifetimes:

“The result is that large fortunes can pass largely intact from one generation to the next. Of the 25 richest people in America today, about a quarter are heirs: three are Waltons, two are scions of the Mars candy fortune, and one is the son of Estée Lauder.”

Write down at least three possible changes in the law or tax policy that could ensure that the rich are taxed as high a percentage of their total income as the rest of us.  If you’re not sure, take a guess.

What Could Be Done?

The current top tax rate on income in the U.S. – 37%  – is  not very high by historical standards.

Next ask: What do you think the current top tax rate should be today? Why?

Members of Congress have proposed other reforms:

Financier Warren Buffett, who paid the lowest “true tax rate” among the 25 billionaires examined in the ProPublica report, supports higher taxes for rich people, including through a tax on capital gains. But Buffett has also argued, in response to the ProPublica report, that “the money will be of more use to society if disbursed philanthropically than if it is used to slightly reduce an ever-increasing U.S. debt.''

Indeed, Warren Buffett has pledged to donate 99.5% of his wealth to charities before he dies. Bill Gates, like his predecessors John D. Rockefeller and Andrew Carnegie, has donated massive amounts to his own foundation. These foundations and the philanthropy of most other billionaires have benefitted society in numerous ways: disease prevention and cures, libraries,  colleges, orchestras, museums, hospitals.

But Anand Giridharadas criticizes Buffett's point of view in his New York Times opinion “Warren Buffett and the Myth of the 'Good Billionaire'” (June 14, 2021):

But as America slouches toward plutocracy, our problem isn't the virtue level of billionaires. It's a set of social arrangements that make it possible for anyone to gain and guard and keep so much wealth, even as millions of others lack for food, work, housing, health, connectivity, education, dignity and the occasion to pursue their happiness.

Giridharadas argues that society’s rules should not permit such massive disparities in wealth. Fighting infectious diseases is wonderful, but the accumulation of wealth (and its dispersal to pet causes), denies a nation’s citizens the democratic right to create their own priorities. Even “good,” generous billionaires should not get to decide those priorities, he maintains.

Ask students to read the entirety of the ProPublica report and write a short essay about what, if any, changes they think should be made to U.S. tax policies - and how they thing such changes could be achieved.

Students grapple with numbers in the news, from the minimum wage bill to Bezos's billions.

Through a quiz, reading, and discussion, students learn about the 'Operation Varsity Blues' admissions bribery scheme, how wealthy families legally game the system, and growing campaigns to make the system fairer.

Participants learn about discriminatory housing laws that help explain the U.S.'s enormous racial wealth gap, and consider how these laws may have affected their own families and communities.