Friday mornings don’t look the way they used to at Brooklyn’s PS 130.  That’s the time when every teacher in the school is teaching The 4Rs (Reading, Writing, Respect & Resolution). Throughout the school, on every grade, every child is reading a book or discussing it, or doing an activity that helps build essential social skills (such as understanding and handling feelings, problem-solving, and dealing well with diversity). 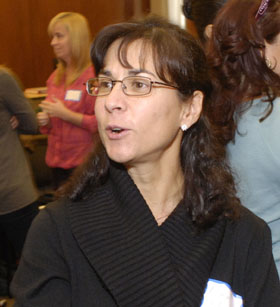 Friday mornings don’t look the way they used to at Brooklyn’s PS 130.  That’s the time when every teacher in the school is teaching The 4Rs (Reading, Writing, Respect & Resolution). Throughout the school, on every grade, every child is reading a book or discussing it, or doing an activity that helps build essential social skills (such as understanding and handling feelings, problem-solving, and dealing well with diversity).

“I see growth everywhere,” says Ms. Mack-Burnstein, a third-grade teacher.  “This is the first time in my teaching that students have had an emotional and heartfelt connection to books and poems. Because they learn about feelings, they are able to connect to issues like poverty, war, and illiteracy.  When students start to make more personal connections, they begin to connect their life to the wider world.”

With every teacher teaching the 4Rs every week at the same time, teachers themselves are taking The 4Rs to heart – and supporting each other in teaching it. They discuss their progress at every grade meeting, and consciously work to use SEL language in their daily interactions with students – and each other.

The school climate is changing.  Principal Maria Nunziata (pictured above) says, “I’m hearing a lot more language in the school that reflects social and emotional learning. The kids are using the language too.”

Principal Nunziata and her staff have long worked to foster a positive school climate and build students’ social and emotional skills. But last year, she says, was “transformative.”  She credits Morningside Center’s Smart School Leaders Program, which supported her in creating a new SEL Planning Team at the school. The program also enabled Maria to receive one-on-one coaching from a retired principal, and to participate in a learning community of principals who are committed to fostering social and emotional learning.

It was the SEL Planning Team that came up with the idea for a school-wide 4Rs class on Friday mornings, inspired by a similar approach at PS 307 (Brooklyn) and PS 62 (Bronx), whose principals are also part of the principals’ learning community. But the team did more than hatch an idea – they organized support for it, and for other changes in the school.

The 10-member SEL team includes the principal, guidance counselor, and teachers (including special ed teachers) from grades K-5. “The makeup of the group is diverse,” says PS 130 guidance counselor Erin Langstaff.  “We were careful about including people with a range of personalities and teaching styles.”

Maria provided coverage so that all members of the committee could participate in three full days of planning and discussion over the course of several months.  To assess the strengths and weaknesses of the school’s efforts to foster SEL, the committee used the rubric in Morningside Center’s manual Collaboration for Success:  A Strategy for School Transformation based on SEL.

“This process allowed our team to air their concerns honestly and come to a common vision and understanding,” says Maria. “We talked about what social and emotional learning  really means.” For example, with support from Morningside Center, the group worked through the difference between a traditional view of discipline as “punishment” versus an approach that, in Maria’s words, “lets children have a chance to reflect on their behavior, to encourage children to have more autonomy so they can learn to make good decisions on their own.”

Having arrived at a common vision and an approach they could all get behind, the group began developing a plan for carrying it out.  A top priority was getting every teacher in the school to teach the 4Rs curriculum every week – and teach it well.

The members of the SEL Planning Team, some of whom had been skeptical about SEL before, now pushed the new plan at grade meetings and helped persuade their colleagues of the potential of social and emotional learning. They reached out to engage paraprofessionals and school aides as well. 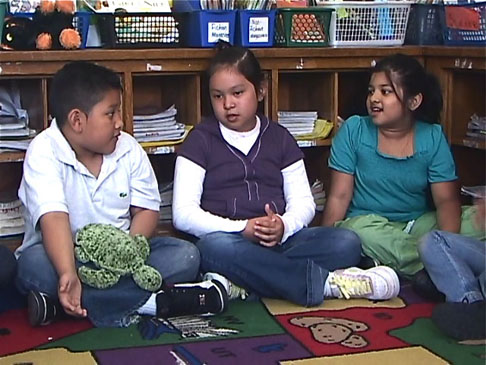 Students in a 4Rs class meeting at PS 130.
Photo by © Carolina Kroon

Morningside Center provided training and coaching to get additional teachers ready to teach The 4Rs.  Teachers began including an “SEL shout-out” at every faculty meeting to cheer on and learn from each others’ efforts. On a city-wide professional development day in June, teachers on the SEL Planning Team facilitated three SEL workshops for their colleagues at the school.

The team’s organizing, and Maria’s strong support, allowed PS 130 to reach a tipping point. “People are responsive to numbers,” says Erin Langstaff.  “When people see a peer doing SEL and it’s working – that’s what gets two more people to do it.  It’s now a movement, spreading throughout the whole building.”

Morningside Center’s work at PS 130 was made possible in part by the sustained and focused support of the Charles Lawrence Keith and Clara Miller Foundation.

Being teased is not something most kids want to talk about. But last spring, a girl from PS 24 in Brooklyn did a brave thing: As part of one of our "diversity panels" at the school, she traveled to Brooklyn's PS 130 to share her story of being teased.

She told a class full of students about how she had been teased because she was overweight and because she had lived in a homeless shelter. She'd also been teased because she had a learning disability. But then she told the class about one boy at PS 24 who did not tease her: "Instead of laughing at me about how bad my math was, he helped me," she said. And then she offered some advice to the PS 130 students: "Be patient with kids with learning challenges. Be like that boy was to me."

Diversity
PS 24
PS 130
As Education Week recently reported, a new study by  the Center for Benefit-Cost Studies of Education at Columbia University's Teachers College, "The Economic Value of Social and Emotional Learning," found that high-quality, research-validated social and emotional learning programs bring a return of $11 for every $1 invested.
4Rs
Research
Newsroom