We remember Javier Diaz, an inspiring educator who was part of Morningside for over two decades. Javier helped shape our work  – and  the life paths of countless young people and adults. 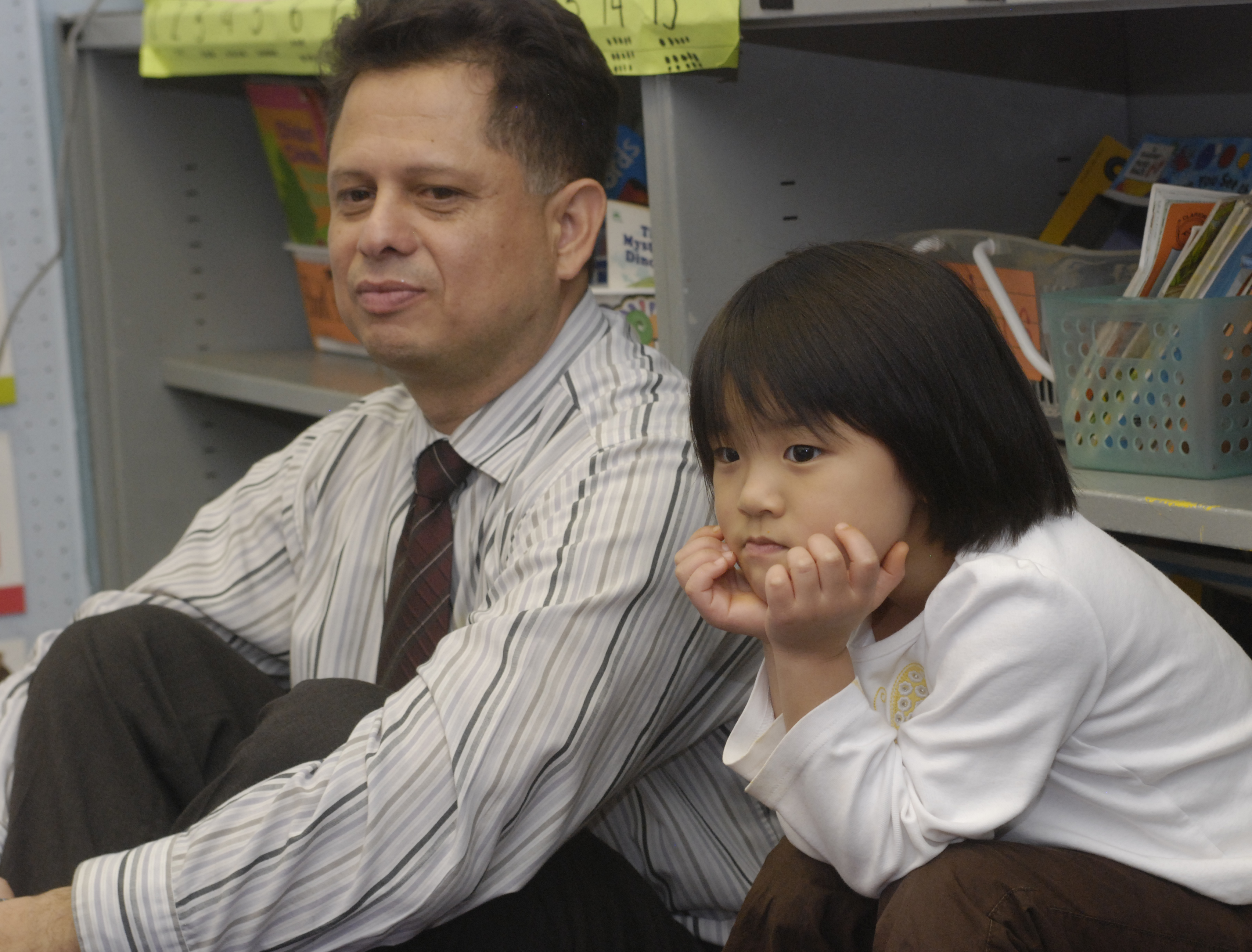 It is devastating for us to share the news that we have lost a beloved coworker, Javier Francisco Diaz, who had been with Morningside for over two decades.

Javier is remembered by his coworkers, by the NYC Department of Education's Office of Safety and Youth Development, by educators, by school leaders, by many of the parents that he worked with, and by his loving family for his warmth, his sense of humor, and his passion for social justice. We remember him as a fierce ally of the LGBTQ community and as a tireless fighter against anti-Black racism. Javier’s guiding sense of empathy and solidarity informed all that he did and was felt by all those he served.

All of us who were touched by Javier are gutted by his untimely death. Yet we hold such a collective gratitude that he was part of our lives and our work for decades, and we celebrate him.

Over the years, Javier was an often-requested member of our team of staff developers and trainers. He developed relationships with schools that went on for years and years. It was because he brought so much empathy, love, humor, compassion, and wisdom into classrooms and schools. He established easy rapport with children of all ages. He was a valued advisor and mentor to educators and school leaders. Javier was an expert and highly trained mediator and resolver of conflicts – and taught others to be as well.

Javier was intimately familiar with Morningside Center's curricula, in particular The 4Rs (Reading, Writing, Respect and Resolution, for elementary students). He was also an innovator who made the curriculum his own. Most recently, he invented, in honor of our coworker Ife Lenard, the acronym IFET (impressions, feelings, experience, or thoughts) – a strategy for inviting deeper reflection and sharing from young people and adults. IFET is now part of Morningside’s everyday vocabulary.

Bilingual in Spanish and English, Javier connected deeply with so many from school communities across New York City – whether parent, politician, or storekeeper. Javier translated multiple pieces of our curricula into Spanish to ensure that the underlining meaning was both linguistically aligned and culturally affirming. He was a mentor, coach, friend, and brother to many of our team of staff developers. Javier leaves a deep legacy at Morningside. His ideas and contributions are embedded in our curricula, our training models, and our organizational culture.

To get a glimpse of Javier's brilliance and humor, we invite you to watch and listen to Javier’s stories and insights, drawn from an interview with him about The 4Rs (see below). Javier was especially fond of another Morningside animated video that featured him. He beamed with pride when he told his daughters, I’m a cartoon!” See that video (in Spanish and English) directly below. And above, see a collection of photos of Javier working his magic.

As Javier’s family shared in their moving remembrance, “Javier used his voice to share his thoughts, which stemmed from his feelings, which always came from his heart.” Javier, they observed, “used the word love as a verb, a word of action, a word of doing, and a word of showing.” His sisters said, “Javier was our hero.”

Javier’s love, words, wisdom, and warrior spirit will never be forgotten. They live on tangibly in local and national curricula and in the hearts, minds, and life paths of the tens of thousands of young people and adults he has touched over the decades.

We send our love and solidarity to Javier’s family, including his mother, daughters, his son, his siblings, his partner – and to the countless others whose lives were changed and enriched by this remarkable man.

Several schools have asked how people can support Javier's family. Here's one way: Contribute to the family's Go Fund Me campaign here: Celebration of life for Javier Francisco Diaz

At a time of high stress, you can give young people the gift of healing this season. Support students in becoming circle-keepers who can create regenerative, joyful spaces for their peers: Donate now.
Announcements 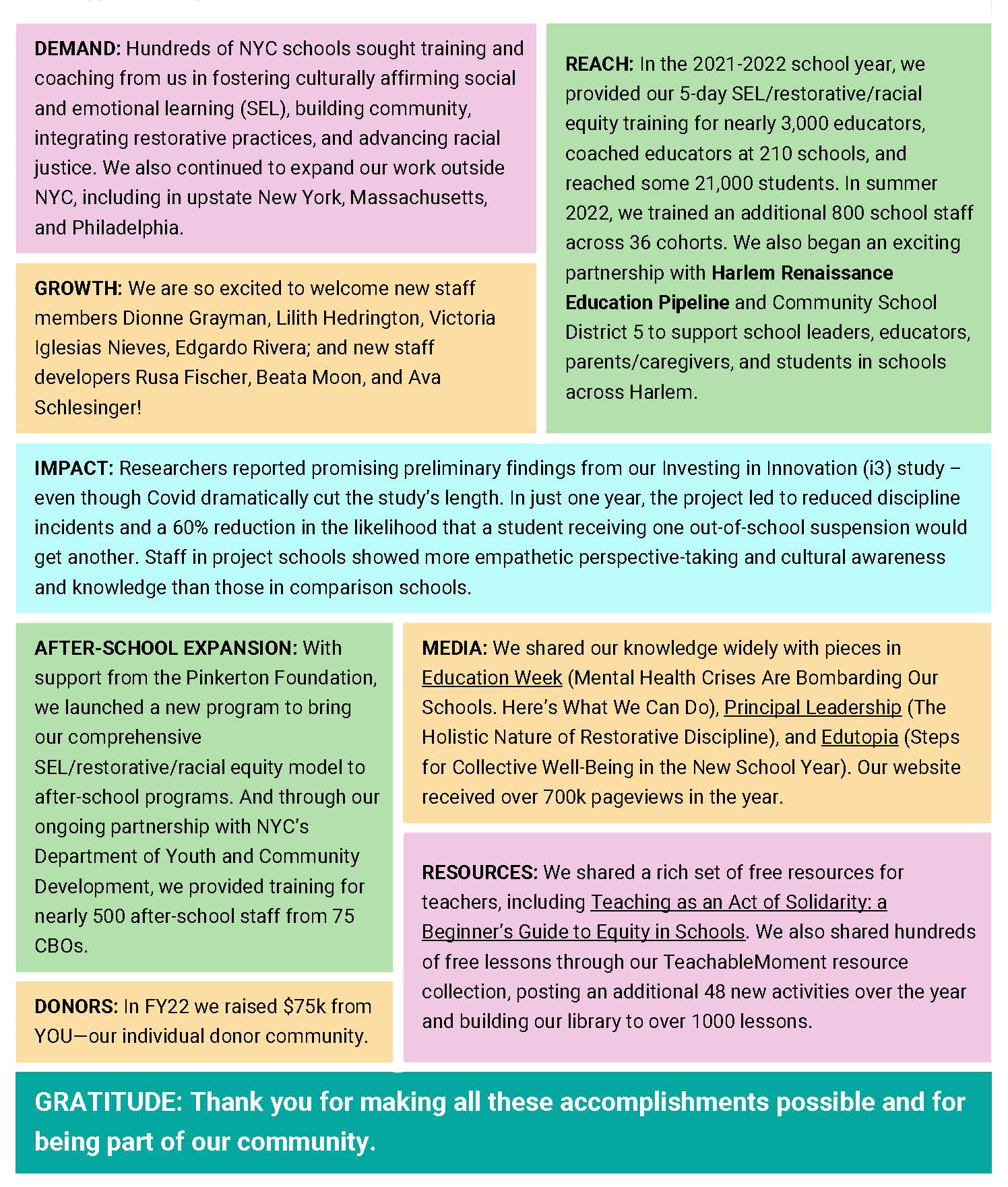 Announcements
It's been an incredibly challenging year for young people and educators. And in hundreds of schools, Morningside has been there for them, providing concrete support.
Announcements