Brains, Bias – and Our Work as Educators

I was part of a fascinating conversation about the “Biology of Bias” as a panelist at the American Museum of Natural History on November 28.

I shared with  the audience that night that we at Morningside Center work to create healthy school climates and give educators tools to help them do the real  and deep work of teaching and learning.

But one of the things we know from brain science is that conditions have to be right for learning to take place.

As Zaretta Hammond notes in her book Culturally Responsive Teaching and the Brain, our brains are focused mainly on two things: avoiding threats to safety and seeking well-being at every opportunity. When we feel unsafe, our prefrontal cortex – the part of our brain that can do higher order thinking – is weakened. (This is especially true for adolescents, whose brains are undergoing intensive development.) And our amygdala engages, moving us into fight-or-flight mode. As mindfulness specialist Dr. Dan Siegel shows us through his analogy of our fist as our brain, this is why we “flip our lid.”

And this is why Morningside Center spends so much time on circles, which over time engender feelings of belonging and trust, enabling everyone to have voice, to be seen and heard. Fortunately, as Hammond states, “we are hardwired to connect to others.” Circles are a place where we are safe to strengthen and practice the skills we need to build positive relationships.

Circles also provide the right environment for young people and adults to learn how to manage strong feelings, including what to do when we “flip our lids.” 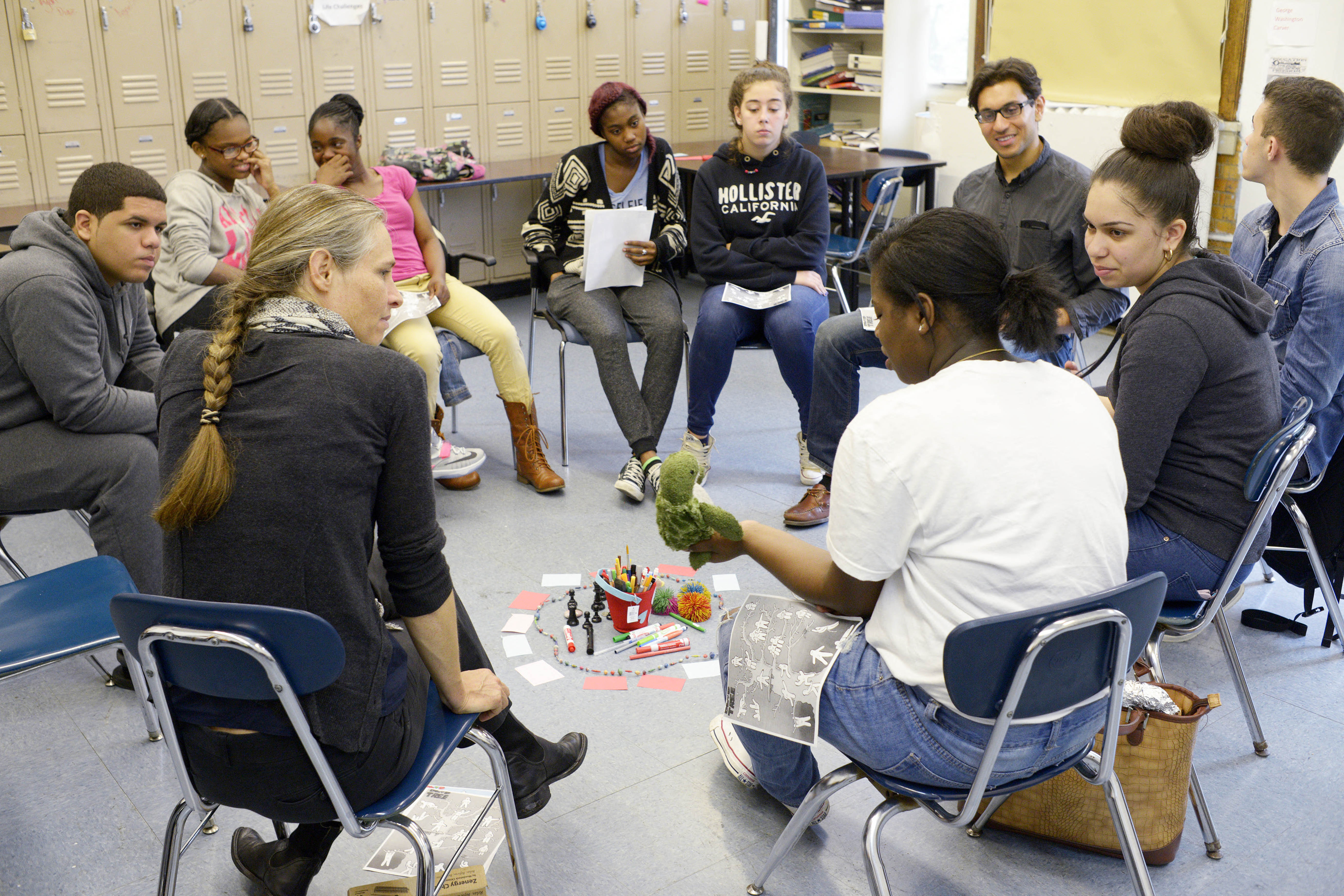 This all might take us and our young people to a very happy place, but unfortunately, in our schools, circles and social and emotional learning are not enough. Even with these structures, the conditions in our schools are not right for learning – especially not for students of color.

Schools are filled with inequities, from the structural to the interpersonal, that make it hard for young people to learn.  The harshest of these relate to school discipline.  Here, we see major problems in the adult brain, which inevitably holds unconscious bias. This is the place where school policy and the unconscious collide. And they collide in a way that has a devastating impact on children of color, as well as youth with learning disabilities, English language learners, and LGBTQ youth.

In the late 1990s, after the Columbine shooting, we saw a rush to adopt “zero tolerance” school discipline policies. The theory was that we need to get those disruptive students—the bad apples—out. Nationally, here’s ere’s what that approach yielded:

What’s more, the vast majority of suspensions are over minor and subjective infractions. Students are suspended for wearing the wrong color shoelaces or the wrong color belts. They’re suspended for holding hands in the hallways or laughing. PreK kids, ages 4 and 5 are put in handcuffs and shoved into police vehicles for having temper tantrums.

But let’s be clear, these are not white middle class kids.

Through the hard work of advocates and organizers, over the past decade we began to see these zero tolerance policies change. Over the past eight years, Morningside Center has worked to help hundreds of New York City public schools rethink and remake their discipline policies. This has helped lead to a steep drop in suspensions – and in our schools, an improved climate for learning.

But guess what? In schools nationwide, the enormous racial disparities in discipline remain. Why? In part because of implicit bias.  And this is why Morningside Center knows that we must help educators have brave conversations about race, to help us interrupt implicit bias.

So what is implicit bias? The Perception Institute describes it this way:

Thoughts and feelings are “implicit” if we are unaware of them or mistaken about their nature. We have a bias when, rather than being neutral, we have a preference for (or aversion to) a person or group of people. Thus, we use the term “implicit bias” to describe when we have attitudes towards people or associate stereotypes with them without our conscious knowledge. A fairly commonplace example of this is seen in studies that show that white people will frequently associate criminality with black people without even realizing they’re doing it.

Ignore implicit bias, and it won't go away. 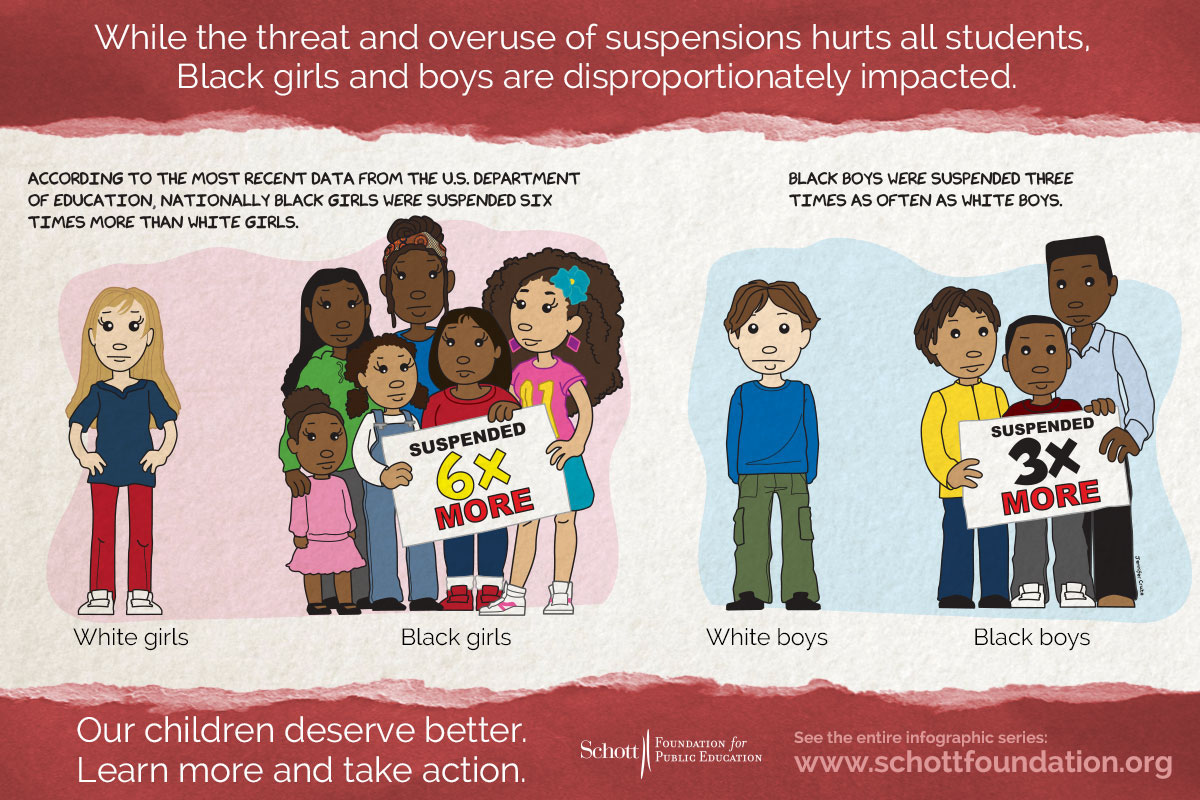 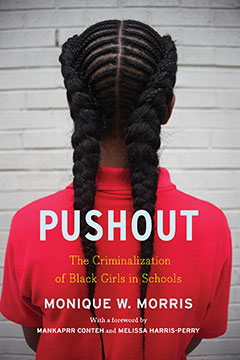 Remember the gap between Black and white girls in school discipline? Our implicit bias is also creating a normative sense of what it means to be female based on racial stereotypes. In their groundbreaking study, Girl Interrupted: The Erasure of Black Girls’ Childhood, Jamilia Blake, Thalia Gonzalez, and Rebecca Epstein write that “The dominant discourses that frame Black girls as less innocent and feminine than all other girls likely influence these [disproportionate] exclusionary discipline outcomes.”  (See also: Monique Morris' Pushout.)

We ended the conversation on the Biology of Bias that night by sharing some final thoughts about what we know so far about implicit bias. Panelist Jonathan Kahn of the Mitchell Hamline School of Law reminded us that we can’t take a pill to end our implicit bias. We can only work hard to see it and interrupt it.

We agreed that having the conversation about implicit bias is necessary and beneficial. For one thing, it’s about raising awareness – and we need that. Exploring both implicit and explicit racism is healthy for our schools and other institutions in a democratic society.

The conversation can also take us away from the blame game. It’s helpful for educators to learn that we all have implicit bias, and that we can build our capacity to interrupt it. The invitation to become an anti-racist educator who is working to stop the school-to-prison pipeline is more likely to encourage us to change than simply telling us that we are racist.

On the other hand, I see a couple of pitfalls. First, we don’t want educators and others to walk away from the conversation with the notion that this all happens at the unconscious level so therefore we can’t do anything about it.  Wrong! 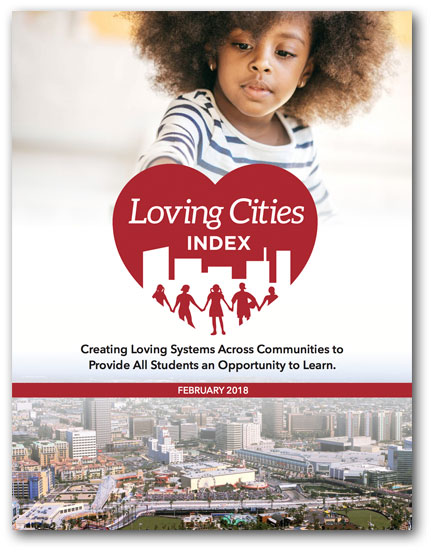 We also don’t want a focus on implicit bias to take us away from other issues in our schools – especially institutional and structural forms of racism. School finance and inequity. Banking and housing policy. See, for example, the Schott Foundation’s Loving Cities report.

With hard work and brain science, perhaps we can get our prefrontal cortexes engaged in addressing these high-level problems, and use the social skills and community we’ve built to not only challenge our implicit bias, but work together to build a more equitable education system and a more just society.

In Education Week, we share eight strategies schools can use to address stress and hardship - and bring healing and joy.
Covid
SEL
Restorative Practices
Circles
Newsroom
Restorative approaches, writes Morningside trainer Marieke van Woerkom in Principal Leadership, send a powerful message to students: “We want you here and we care.”
Restorative Practices
Newsroom
The manufactured controversy over the supposed teaching of critical race theory in K-12 schools is being used to outlaw and suppress discussions of race, racism, and a fact-based teaching of history.
Racism
Newsroom